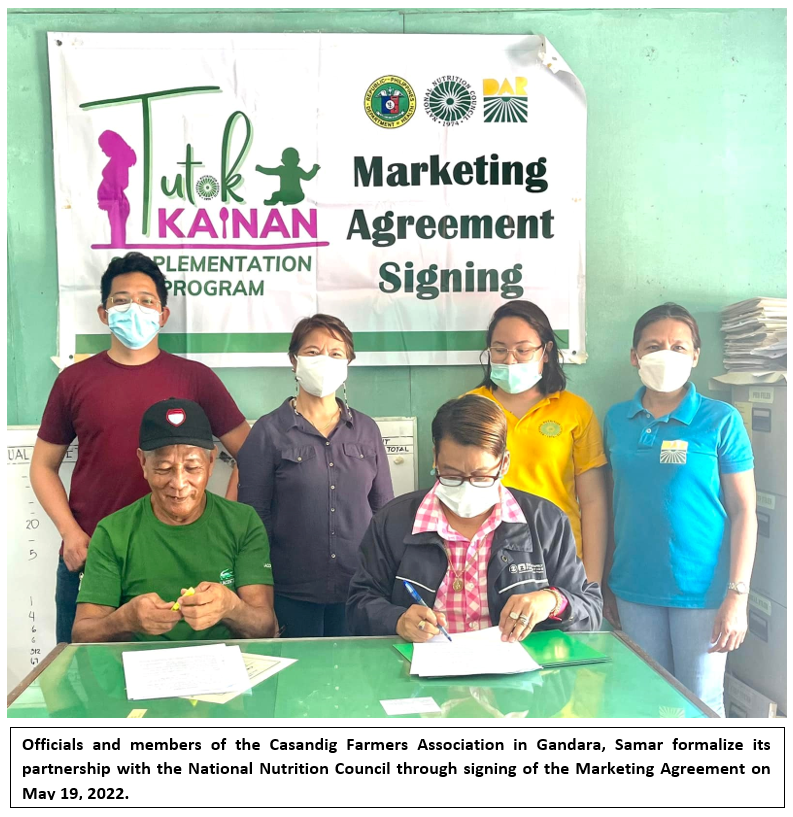 The MA signing signals the implementation of NNC’s Tutok Kainan: Dietary Supplementation Program(TK DSP) for the municipality of Matuguinao, Samar.

The target participants of the TK DSP are children 6-23 months old that will run for 180 feeding days.

The identified ARBO will supply raw food commodities for the target barangays of Matuguinao, Samar. TACLOBAN CITY - As a member of the Regional Population Executive Board, the National Nutrition council actively participated its first quarter meeting on May 19, 2022.

Part of the updates from the previous meeting, the Commission on Population in Region 8 has already forwarded Memorandum of Agreement to NNC Region 8 for its partnership agreement on the implementation of Responsible Parenthood and Family Planning (RPFP) activities/strategies.

This was raised Dr. Catalino P. Dotollo Jr., Regional Program Coordinator to include NNC in the conduct of RPFP in the workplace for the integration of Nutrition Programs in the region.

Furthermore, RPEB Chairperson Ms. Elnora R. Pulma asked the commitment of all concerned agencies to fully support the implementation of the Regional Population and Development Plan of Action (RPD-PoA) for FY 2022-2028 through a Resolution and to be endorsed to the Social Development Council.

Other highlights of the activity are the Mapping of Health Service Facilities and Special Protection Program for Teenage Mothers and their Children (SPPTMC). 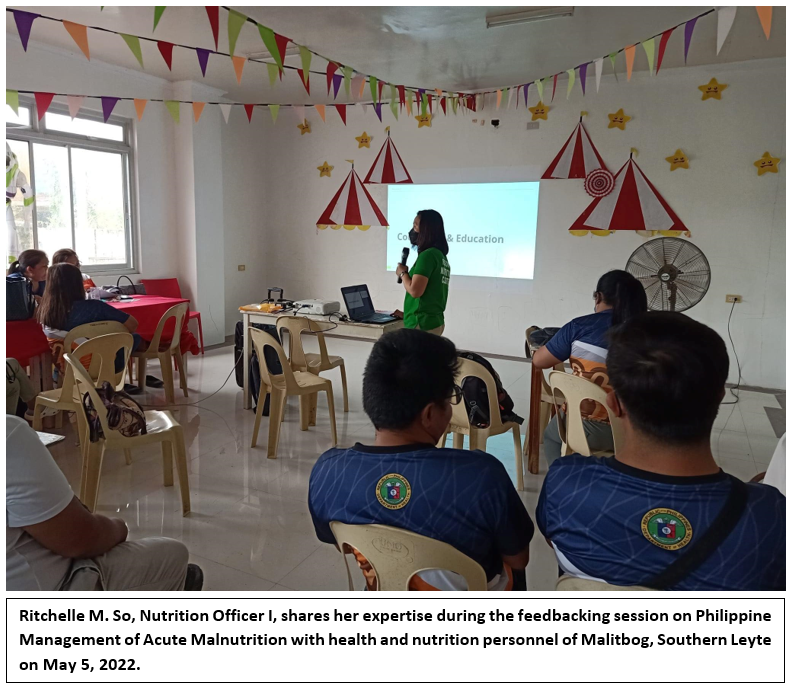 PALO, Leyte - The Rural Health Unit of Malitbog in Southern Leyte has conducted a feedbacking session on Philippine Integrated Management of Acute Malnutrition (PIMAM) to all its nutrition and health staff on May 5, 2022.

This after, some selected personnel completed the live-in PIMAM training in Ormoc City from April 27-29, 2022.

It was organized and funded by UNICEF and Samaritan’s Purse, in coordination with the Provincial Health Office of Southern Leyte.

During the activity, it was agreed that the RHU staff would manage the evaluation and comparison of data collected by BNS, BHW and other health service providers, follow the simplified PIMAM protocol in dispensing RUTF for SAM (2 RUTF) and MAM (1 RUTF).

When conducting counseling, it was emphasized that building rapport with the parents or guardians must be practiced to uncover the reason for the child’s nutritional status, including the non-disclosure of confidential information collected during the consultation or follow a confidentiality agreement. 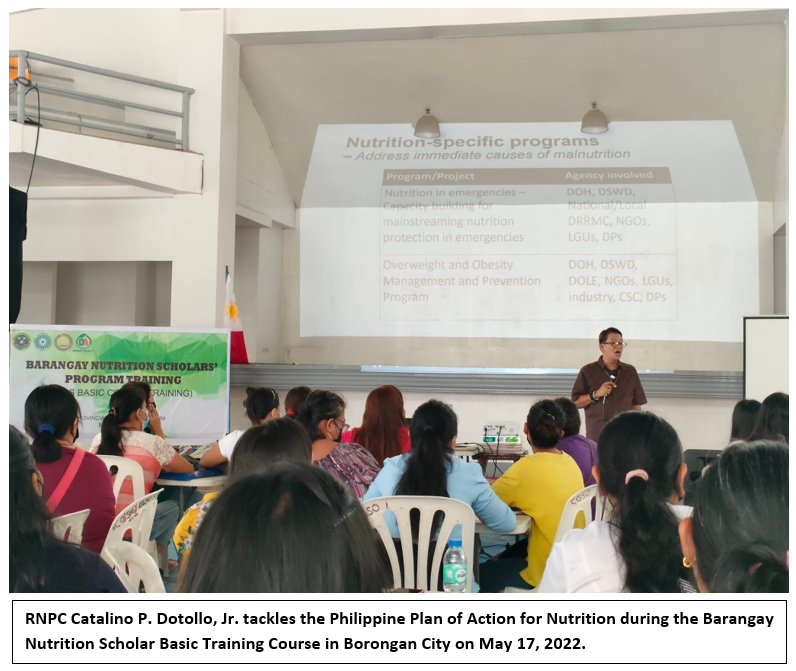 The activity, funded by the local government unit, will run until May 20.

This activity aims to capacitate BNS with basic knowledge and skills, as well as core values and traits that are necessary for them to perform their roles and functions effectively.

The BNS Program is a human resource development strategy of the Philippine Plan of Action for Nutrition, which involves the recruitment, training, deployment, and supervision of volunteer workers called the Barangay Nutrition Scholars (BNS).

May is Cervical Cancer Awareness Month 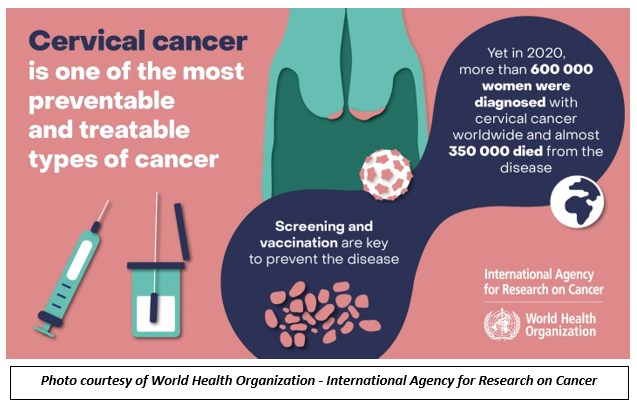 The month of May has been declared as Cervical Cancer Awareness Month, to spread the word and improve understanding on this illness.

Cervical Cancer is the second most common form of Cancer among women in the Philippines.

In 2020, an estimated 604, 000 women were diagnosed with cervical cancer worldwide and about 342, 000 women died from the disease. High incidence rates and high mortality rates of cervical cancer occur mainly (~90% for both) in low- and middle-income countries.

The main cause of cervical cancer is persistent infection with high-risk types of human papillomavirus (HPV), an extremely common family of viruses that are transmitted through sexual contact. 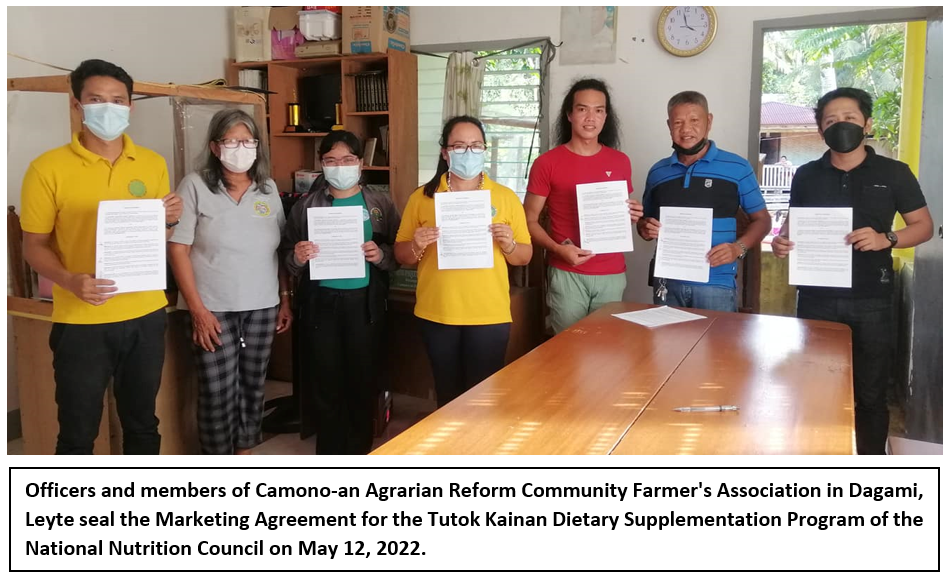 PNFP Bandibas briefly also discussed the overview of the program prior to the ceremonial signing at Camono-an Barangay Hall.

As stipulated in the marketing agreement, CARFA will supply food commodities to eight municipalities in Leyte including the towns of Dagami, Pastrana, Tabon-tabon, Julita, Jaro, Tunga, Santa Fe, and Barugo. #PNFP-ABL