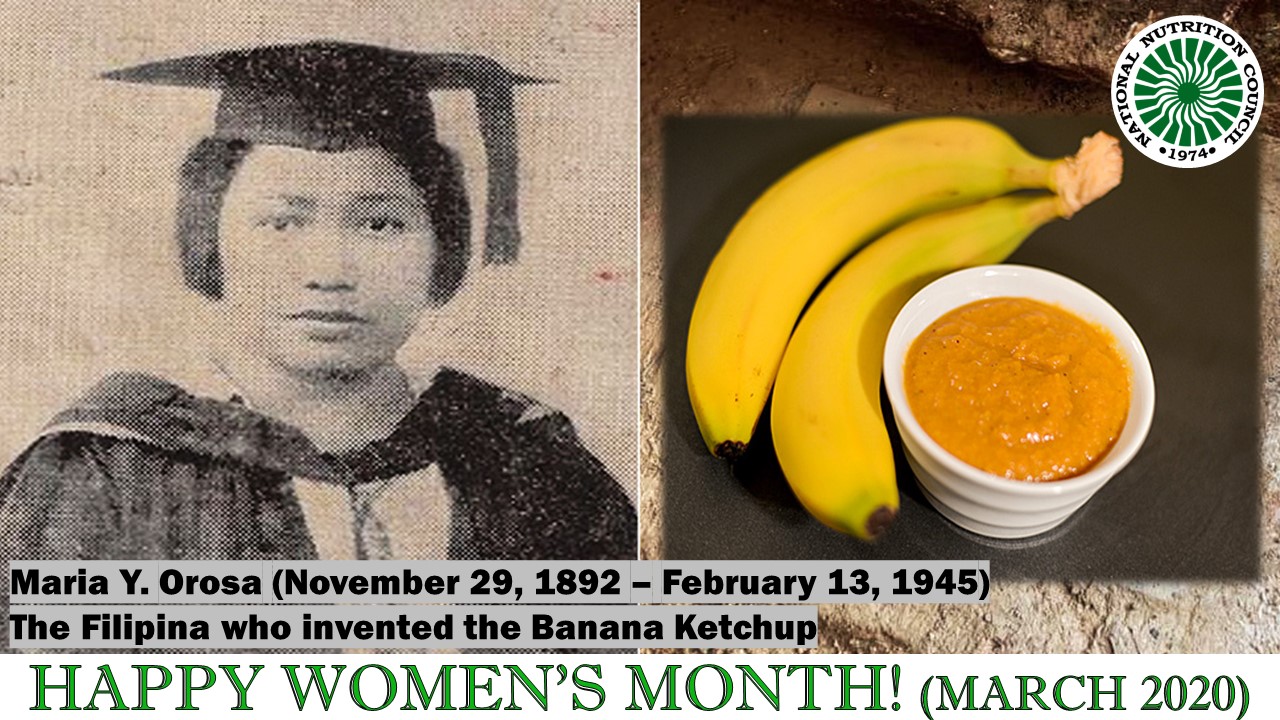 Did you know that our favorite Banana Ketchup was actually invented by a Filipina? She was born in the heritage town of Taal, Batangas on November 29, 1893: Maria Ylagan Orosa. She was a food technologist, pharmaceutical chemist, humanitarian and war heroine who invented calamansi juice powder, banana ketchup, soyalac, and two breeds of fruit-plants called oroval and clarosa.

She was only 29 years old in the year 1922, when she worked for the government as the country’s foremost chemist. By 1928, the government was so impressed with her work that they sent her to Holland, England, Germany, Spain, Italy, France, Hawaii to study food technology and food preservation. She became part of the Bureau of Science and the Bureau of Plant Industry.

When World War II reached the Philippines, Orosa joined the Marking’s Guerillas, which was one of hundreds of guerilla forces formed against the Japanese. Orosa was designated the rank of captain.

Instead of fighting in the frontlines, Orosa made use of her expertise as a scientist to help Filipinos and Americans. She risked her life smuggling food into prison camps to feed Filipino and American prisoners of war. One of her food inventions proved useful for this: Soyalac. It was considered as a miracle food because of its complete nutrition. Soyalac saved the lives of thousands of Filipino and American soldiers who would have died of starvation at the University of Santo Tomas.

On February 13, 1945, during the intense American bombardment in the Battle of Manila, Orosa was hit by shrapnel. At the time, she was working at the Bureau of Plant Industry building, in Malate. She was taken to the Malate Remedios Hospital, which was a few blocks away. Unfortunately, while she was being treated, another shelling hit the building causing another shrapnel to hit her, piercing her heart.

We remember the heroic act of the late Maria Y. Orosa and her contribution to the Filipinos in the field of Food and Nutrition.

We celebrate the Women’s Month every March and this year’s theme is “We Make Change Work for Women”. MTLU/JWRF