Alcohol and Nutrition: Outweigh the Risks 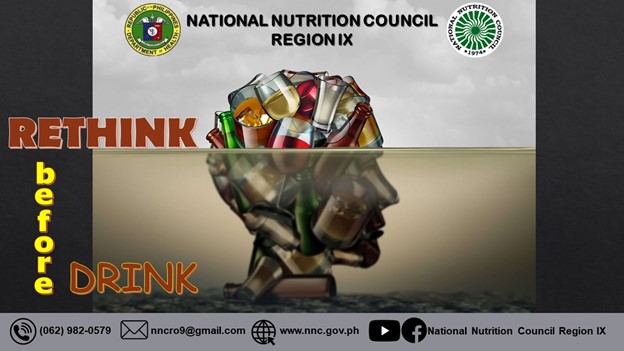 Did you know that heavy drinking can lead to big shortages in the nutrients you get? Research shows that drinking a lot over a long time “as in alcohol use disorder” often leads to poor nutrition. Alcohol is a substance produced through the fermentation and distillation of natural sugars and starches. It is one of the most popular toxic and psychoactive substances in the world with dependence-producing properties. It can affect both your mental state and mood. It influences consciousness, impairs judgment, and lowers inhibitions. In many of today’s societies, alcoholic beverages are a routine part of the social landscape for many in the population. This is particularly true for those in social environments with high visibility and societal influence, nationally and internationally, where alcohol frequently accompanies socializing.

Alcohol as an intoxicant affects a wide range of structures and processes in the central nervous system and increases the risk for intentional and unintentional injuries and adverse social consequences. Alcohol has considerable toxic effects on the digestive- and cardiovascular systems.  Alcoholic beverages are classified as carcinogenic by the International Agency for Research on Cancer and increase the risk of several cancer types. Alcohol as an immunosuppressant increase the risk of communicable diseases, including tuberculosis and HIV. Both the volume of lifetime alcohol use and a combination of context, frequency of alcohol consumption and the amount consumed per occasion increase the risk of a wide range of health and social harms.

WEIGHT CHANGES - The question of drinking a small amount of alcohol along with a meal is not an option for people with an alcohol use disorder. Alcoholics do not stop at just one or two drinks. One or two are never "enough." But for those who can drink moderately some clinical research indicates that replacing dietary carbohydrates with alcohol causes body weight loss and adding a moderate amount of alcohol to an adequate diet causes little weight gain.

OVEREATING - Individuals tend to overeat when they sit down to a high-fat meal and wash it down with alcoholic drinks. The energy content of alcohol represents extra calories. This effect seems to add to the overfeeding associated with a high-fat diet, increasing the chances of weight gain.

MALNUTRITION - The more alcohol you drink, the more calories you get. This makes you less hungry for food because the body senses that its caloric needs have been met, so there’s a higher chance you’ll skip meals or choose foods that are low in nutrients. Over time, too much alcohol can make your body less able to absorb some of the important nutrients you need, even if you’re eating a healthy diet.

HEART DISEASE - High blood triglycerides, along with other risk factors, may increase the chance of developing heart disease. For those who drink alcohol, the liver produces more triglycerides that circulate in the blood.

BRAIN DISORDER - Alcohol can damage the brain in many ways. The most serious effect is Korsakoff's syndrome, characterized in part by an inability to remember recent events or to learn new information. This is often caused by a specific nutritional deficiency of thiamine (Vitamin B1) that can accompany severe alcohol use disorders.

CANCER - Studies also have noted an association between alcohol consumption and an increased risk of breast cancer. The mechanism of this effect is not yet known, but the association may be due to carcinogenic actions of alcohol or its metabolites to alcohol-induced changes in levels of hormones, such as estrogens, or to some other process.

There are many adverse health effects associated with heavy drinking or binge drinking. The damage is done by the toxic effects of alcohol, by nutrient deficiencies and by other adverse effects of the wrong food such as food allergy.

Unfortunately, alcoholic beverages are also "foods" with great potential for abuse. They trigger cravings and compulsive eating and drinking as other foods do, but the health and social consequences are more drastic. The compulsive use and abuse of alcoholic beverages can be devastating to individuals and society.

Alcohol is high in empty calories, so cutting back on beverages including beer, wine, and cocktails may help reduce your overall calorie intake. An occasional drink or two is fine, but heavy drinking comes with numerous health risks. Limiting your alcohol intake to a light or moderate amount may help lower your risk for certain health conditions linked to heavy alcohol use, including nutrient deficiencies, heart problems, diabetes, and cancer etc. So, “DRINK MODERATELY”.