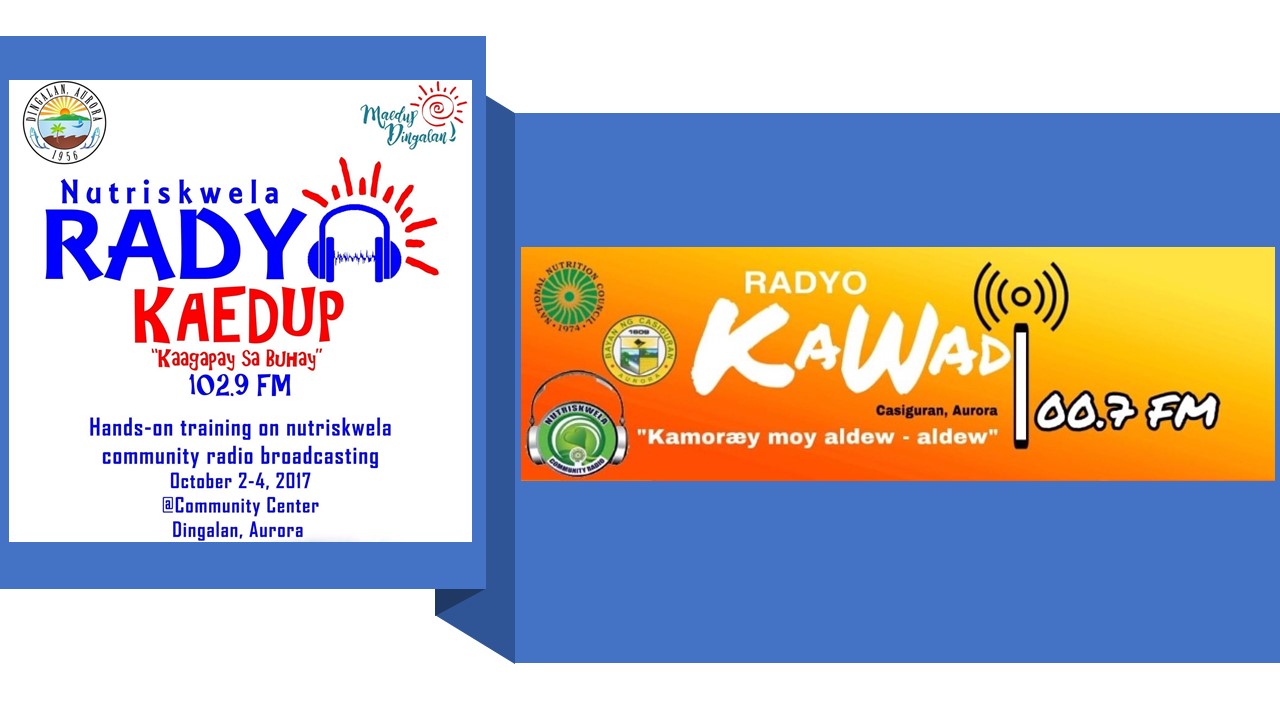 As the nation continues its plight in fighting the deadly virus that has spread across the globe, one province in Central Luzon has stood out amongst the others, and this is the Province of Aurora.

Despite the country’s recording of its first ever reported local transmission last 7 March 2020, that has resulted in Luzon and its associated islands being imposed under Enhanced Community Quarantine on 16 March 2020 by the government, until as of this publishing time of the article, the Province of Aurora has successfully reported zero cases of confirmed COVID-19 positive patients. This triumph is the results of combined efforts from the Aurora’s local government units (LGUs), the constituents, and most importantly, the front-liners who tirelessly did their duty. It is also worth mentioning that it was not just the medical front-liners who helped, but the peace-keeping military and police squads, the agriculture, food manufacturing, and delivery employees, and also the media people who also tirelessly continued to provide the people with news that are accurate and timely.

As the only province in the Central Luzon that has an established Nutriskwela Community Radio Network Station for both the Municipality of Dingalan and Municipality of Casiguran in Aurora Province, the National Nutrition Council (NNC) Region III believes that the community radio stations also provided a way to the people of Aurora to be able to get reliable news. The NNC-Region III sought information from the people working behind the scenes of the two radio stations (Radyo Kaedup 102.9 FM and Radyo Kawadi 100.7 FM for Dingalan and Casiguran, Aurora, respectively.)

There is one famous quote on timing which says “Things come suitable to the time” (Enid Bagnold) and this holds true with the very timely conduct of Information Management Trainings just before the implementation of the Enhanced Community Quarantine (ECQ) in Luzon on March 16, 2020.

A month prior to issuance of Proclamation No. 922 on “Declaring a State of Public Health Emergency throughout the Philippines” by President Rodrigo R. Duterte, the Department of Health (DOH) Central Luzon Center for Health Development (CL CHD) and National Nutrition Council (NNC) Region III spearhead two (2) batches of Training for Local Government Units on Information Management (IM) on Nutrition in Emergencies on 18-20 February 2020 and 26-28 February 2020 at the Otel Pampanga, Skye Plaza, City of San Fernando, Pampanga.

The three-day trainings were aimed at building the capacities of provincial and city/municipal nutrition cluster members on nutrition information management. Developing capacities at the local levels will facilitate better processing, analysis, and flow of information for use in decision making.

The prompt and successful response by the nutrition cluster during disasters and emergencies, however, requires correct and reliable and recent data about the areas and the people affected and inherent capacities of the areas to respond, generated through an information management system. Such information are essential in planning and providing appropriate, adequate and timely nutrition interventions, and in formulating comprehensive recovery and rehabilitation plan. Review of nutrition cluster responses and gaps is also vital to improve future nutrition response.

All seven (7) provinces and 14 cities in Central Luzon were represented and expressed their gratitude during the commencement of the training and mentioned how they learned and realized the importance of information management and how it can effectively help them in the activation and management of their respective nutrition clusters.

Year 2020 marks the mid-term review (MTR) and Updating of the Central Luzon Regional Plan of Action for Nutrition (CL RPAN). The MTR is a preparation for the next three years of implementation of the RPAN, 2019-2022 which commenced with the two-day Program Implementation Review (PIR) among the Provincial/City Nutrition Action Officers (P/CNAOs) and District/City Nutrition Program Coordinators (D/CNPCs) 2019-2022.

Held on 11-12 March 2020 at the Otel Pampanga, Lazatin Boulevard, Dolores City of San Fernando, Pampanga, the PIR was aimed at 1) reviewing the extent the targets in the CL RPAN Results Framework have been accomplished; and 2) identifying strategies and programs to improve implementation in the remaining two years of RPAN implementation.

The presentation of results of the MTR of PPAN, 2017-2022, Local Nutrition Committee Functionality Monitoring, 2019 Monitoring and Evaluation of Local Level Plan Implementation (MELLPI) Pro, 2019 Operation Timbang (OPT) Plus and Updates on the RPAN, 2019-2020, provided the participants a backdrop of the current nutrition situation in Central Luzon.

Ingenuity is one characteristic that would describe Filipinos, even amid COVID 19 pandemic.

When President Rodrigo R. Duterte signed Proclamation Order No. 22, “Declaring a State of Public Health Emergency throughout the Philippines”,  all local government units (LGUs) strategically devised schemes to protect their respective constituents not just from contracting the COVID 19 infection but from food insecurity as well.

From the standard family food packs consisting of rice, coffee, canned goods and noodles, a number of LGUs added variety to the “food basket” such as the inclusion of fruits and vegetables, live chicken, eggs, hot meals and even vegetable seeds to encourage food production while on enhanced community quarantine (ECQ).  Indeed, in the midst of crisis, Filipinos never ran out of ideas.

In this article, the National Nutrition Council Region III will share some of the unique practices of selected LGUs in Central Luzon that are noteworthy of praise and perhaps can also be replicated in other areas.

Mabalacat City. In response to the Nutrition Cluster Guidelines on LGUs Nutrition Actions Relative to COVID 19 issued by the National Nutrition Cluster on 23 March 2020, introduced MCG’s NUTRIPACK which consisted of vegetables, fruits, eggs, bread, iodized salt and multivitamins for children and nutritionally-at-risk pregnant women, teenage pregnant and indigents. MCG stands for Mabalacat City Government. The MCG’s NUTRIPACK is a relief pack which serves as an alternative project to dietary supplementation programs for malnourished and pregnant women.

The city is the youngest component city of the Province of Pampanga and was recognized as the 2019 Consistent Regional Outstanding Winner in Nutrition (CROWN) First Year Maintenance Awardee.

The NNC RO III staff met with the station’s Community Radio Council (CRC) – which serves as an advisory group on all matter regarding station directions and programming. The CRC of Radyo Kaedup 102.9 FM is composed of members from the Municipal Nutrition Committee, Sangguniang Bayan (SB), Municipal Social Welfare and Development (MSWD), Municipal Health Office (MHO), radio news writer and programmer, and radio announcers. During the meeting, the CRC members introduced each of their assigned radio program, voiced out their opinions and feedbacks received from their constituents, discussed the problems encountered during operation, and gave suggestions to further improve the service of the station. The monitors learned that Radyo Kaedup operates 126 hours per week or 18 hours a day, starting at 4:00 A.M. until 10:00 P.M. in the evening. Nutrition programs are aired twice a day, including the segment “Katumbas ay Biyaya,” in which the constituents eagerly awaits  for its broadcast. Development programs and updates on news and current affairs are also aired alternately with the nutrition programs.  The radio station received feedback from its listeners via text messages and comments posted on their official Facebook page where they also provide livestreaming of their radio broadcasts. Radio Station Manager Maribie Buenaventura shared to the team that the news updates, press releases posted on the facebook page of NNC served as the sources of nutrition information that is being disseminated every radio broadcast. Nutrition information are sourced from the Rural Health Units, Barangay Nutrition Scholars (BNSs), and Barangay Health Workers (BHWs). According to the CRC members, the feedback they receive from listeners through platforms mentioned before are always positive which serves as motivation for them to continue and strive to work harder in the service of the Dingaleños through radio broadcasting. A quick feedback report on the results of the monitoring and meeting with the CRC members was shared with Mayor Shierwin Taay, who is also the Chair of Dingalan Municipal Nutrition Committee.

Barangay Nutrition Scholars: “We work and make change for nutrition!” 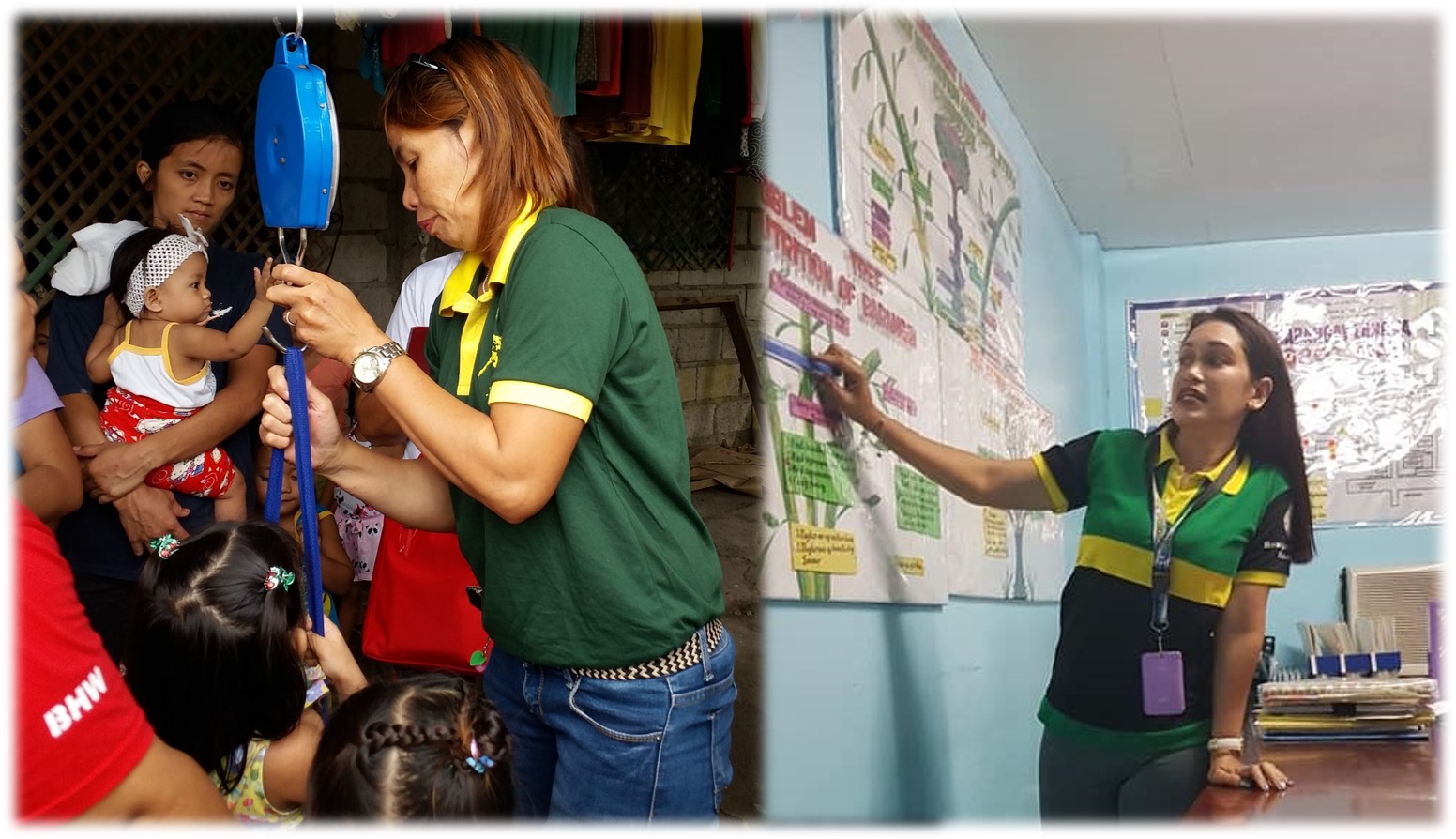 As we approach the culmination of the month-long celebration, let us take this as an opportune time to make every Filipino understand the roles of Barangay Nutrition Scholars (BNSs) as the dedicated – lady Juanas, the barangay-based volunteer workers who are empowered by their love for service to the people—their “kababayans’.

Levering the works of these women, we salute their continuous and unrelenting support to the barangay nutrition program.

First, in organizing the barangay nutrition committee (BNC), the BNSs are there to assist their barangay chairpersons in organizing and reactivating their BNCs. The BNSs also serve as the BNAOs or Barangay Nutrition Action Officers in coordinating the activities of the BNC and assisting in selecting and designing nutrition programs.

Second, in implementing barangay nutrition programs, the BNSs, as members of the Operation Timbang (OPT) Plus Team, identify and locate target preschooler children, prepare and update the master list of beneficiaries, monitor the weight and height of children. They also attend trainings to equip them in providing nutrition and related services, improve their referrals of families with malnourished children to service providers, and continuously advocate for investment for nutrition programs.