SAN FERNANDO CITY, April 19 (PIA) – Nutritionists said food fortification is one of the interventions to fight malnutrition and mineral deficiencies among Filipinos.

Susana Encarnacion of the Food and Nutrition Reasearch Institute  said food fortification is adding micronutrients to foods widely consumed by the population such as rice, noodles and cooking oil.

“Food fortification is an effective strategy in fighting malnutrition. We need to increase public awareness on the benefits of fortified foods,” Encarnacion said.
The Department of Science and Technology through the FNRI recently convened advocates of health and nutrition in Ilocos in a media forum here.

Acting director Armando Ganal, of DOST in the Ilocos, urged participants to perform their roles of disseminating important information to reach different stakeholders in the region.

“Media play a vital role in informing the public on facts and updates relating to societal issues including health and nutrition,” said Ganal.

Experts from the FNRI said most Filipinos are deficient in iron, iodine and Vitamin A.

Participants also reorganized the Nutrition Communication (NUTRICOMNET), a network of provincial and regional media practitioners and information officers of agencies and institutions involved in food, nutrition and health promotion.

The network will help achieve the Millennium Development Goal in eradicating extreme poverty and hunger by 2015. (MCA/JNP/PIA-1 La Union)

RNET to conduct the Annual MELLPI and BNS Evaluation 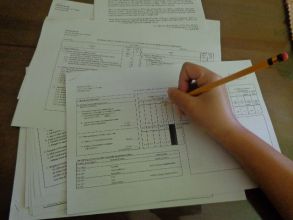 annual Philippine Plan of Action for Nutrition (PPAN) Monitoring and Evaluation of Local Level Plan Implementation (MELLPI) as well as the Barangay Nutrition Scholar (BNS) Evaluation will be held to assess progress of plan implementation, identify strengths and weaknesses in the implementation of the local nutrition program and institute appropriate corrective measures to facilitate achievement of nutrition targets.

The following schedules will be carried out among the participating provinces and cities regionwide:

The Municipality of Bangui, Ilocos Norte is hopeful that this year, they will get the Green Banner Award for the third time to be able to qualify for the Consistent Regional Outstanding Winner in Nutrition (CROWN) Award, the next higher award being given by NNC to outstanding LGU nutrition implementers.

This activity will end with the recognition of LGU’s with exemplary performance in nutrition program management and likewise, recognition of BNSes who have rendered outstanding performance in the delivery of health and nutrition services in their respective barangays. These awards will be presented during the Regional Nutrition Awarding Ceremony (RNAC) scheduled in September 2014. 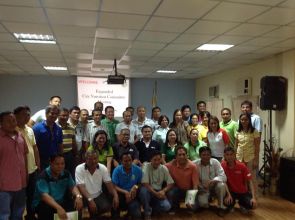 To set the tone for the meeting and to have a real picture of the city nutrition situation, Ms. Rose Lulu P. Pagaduan, Nutrition Officer III of the National Nutrition  Council  presented it while Ms. Ma. Eileen B. Blanco, Nutrition Program Coordinator discussed the Overview of the Local Nutrition Committee as well as the roles and responsibilities for its sector.

SP Jan Marionne R. Fontelera, Chairman on Health and Sanitation said that sectoral actions can have a better impact when coordinated and integrated through a mechanism that will bring these sectors together for shared decision-making and responsibility on matters related to nutrition improvement.

Furthermore, NPC Blanco reiterated that the local Nutrition Committee plays a vital role in addressing hunger and malnutrition in the locality and emphasized on the following functions:

The issue on the deployment of at least one BNS in every barangay was finally resolved with the commitment of the Barangay Captains as Chairman of the Barangay Nutrition Committees to designate a BNS and to support the implementation of the nutrition programs in their respective barangays.

In closing, CNAO Virginia H. Francisco thanked the body for the overwhelming attendance and challenged the group to make Alaminos City a well-nourished and productive community. 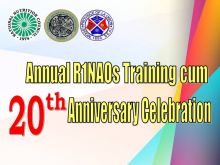 The LNAO’s, Region I Inc. is the only organization of the Nutrition Action Officers (NAO’s) nationwide which is registered with the Securities and Exchange Commission (SEC) as per Registration No.B 199800275 dated March 27, 1998. It was first organized in June 1994 when the first initiative to hold a regional convention was held prior to the one-day national NAO’s convention. At present, the regional league has been recognized as one of the strong, bonded and financially stable organization who has served as partners in nutrition-related endeavors of Region I.

With the existence of the federated NAO’s at the provincial and regional level, an annual regional convention of NAO’s is held. Each year, the hosting of the regional convention is rotated among the provinces who serve as the overall coordinator of the event. Likewise, the National Nutrition Council, Regional Office I serves as the secretariat with the Nutrition Program Coordinator and Nutrition Officer III as consultants.

As in previous years, the regional league is hopeful that this years 20th celebration will be again a resounding success.

NNC RO1, RONDA MEET FOR PLANNING OF ACTIVITIES FOR 2014 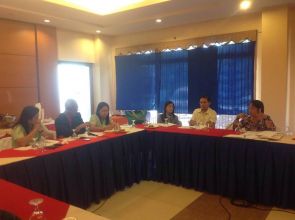 The National Nutrition Council Regional Office 1 and the Regional Organization of Nutrition Development Advocates has recently convened at the Hotel Ariana in Bauang, La Union to formalize plans for different activities for this year, 2014.

The meeting coincided with the regular quarterly meeting of RONDA wherein the group has reported their accomplishments for 2013 which included different activities on the promotion of the revised Nutritional Guidelines for Filipinos (NGF), seminars, symposium an trainings in different barangays in the region.

Mr. Bernie Errasquin, Station Manager of DZMQ Radyo ng Bayan Dagupan and RONDA President discussed with members plans and proposed activities for the year which will include malunggay planting in every home dubbed as “Malunggay sa Bawat Bahay Project”.
Meanwhile, during the meeting, NNC introduced to media partners their new Nutrition Program Coordinator, Ms. Ma. Eilleen B. Blanco who applauded the plan for said project citing the incidence of malnutrition in the region wherein about 24,070 children between 0 – 5 years old are found to be underweight and severely underweight while 8,586 are overweight. According to NPC Blanco, both state constitute malnutrition and therefore needs immediate attention from proper authorities.

During the meeting, RONDA members pledged their support to the different programs of NNC citing their desire to continue the advocacy as part of the group’s legacy. – Ms. Maricel Fronda