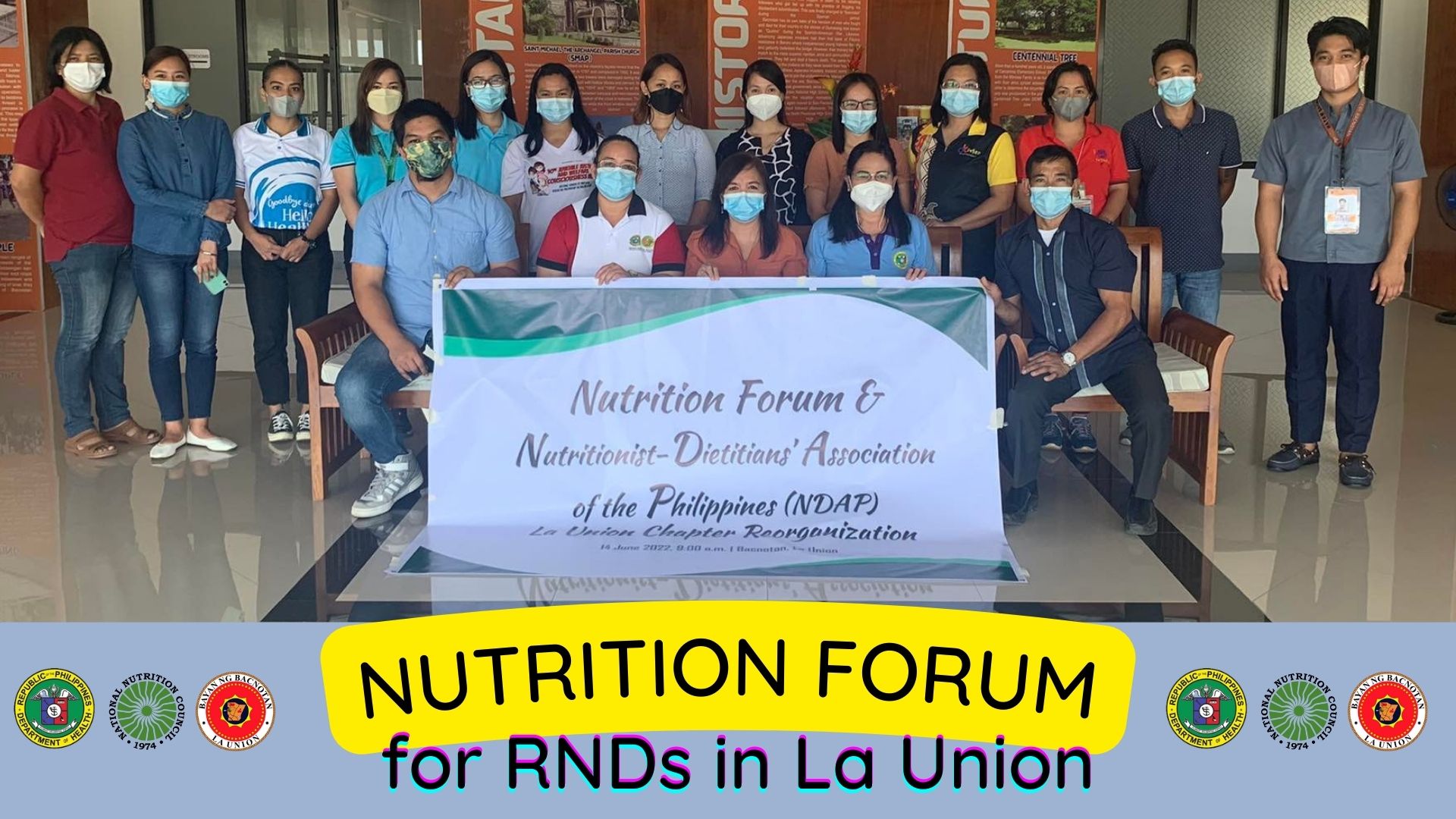 Vice Mayor and Mayor-elect, Hon. Divina Fontanilla of Bacnotan, La Union, the Interim President of NDAP-LU Chapter expressed her appreciation and full support to the organization of the NDAP-LU and expressed her gratitude for choosing Bacnotan to host the Nutrition Forum.

The following are the elected officers who will govern the NDAP-LU and are expected to set and establish its incorporation and policies to ensure the foundation and sustainability of the organization:

As part of the Nutrition Forum, Ms. Jovita Leny Calaguas of DOH-CHD I presented a Brief orientation on the PIMAM, IYCF Program and other nutrition programs of the DOH and Ms. Jennie Apilas, District Nutrition Program Coordinator discussed the Provincial Nutrition Situation.

OIC Kendall Gatan of NNC RO I presented the snapshot of the Regional Nutrition Situation and the objectives and lined-up activities for 48th Nutrition Month Celebration.

He also presented a proposed partnership with NDAP La Union Chapter as the first project of the organization to co-manage one of the nutrition month online advocacies entitled “Let’s Talk Nutrition” which will run weekly from July 2022 until October 2022 which the body the approved and adopted.

Ms. Jenny Claire Olas-Malabay, Regional Vice President of NDAP for North Luzon presented the guidelines in establishing an NDAP Chapter which will serve as guide for the new set of officers in their next endeavors.

With high hopes from the NDAP-LU members, newly elected president, Ms. Jovita Leny Calaguas committed the intensive actions of the elected officers to fulfill their duties and mandates. /RLW