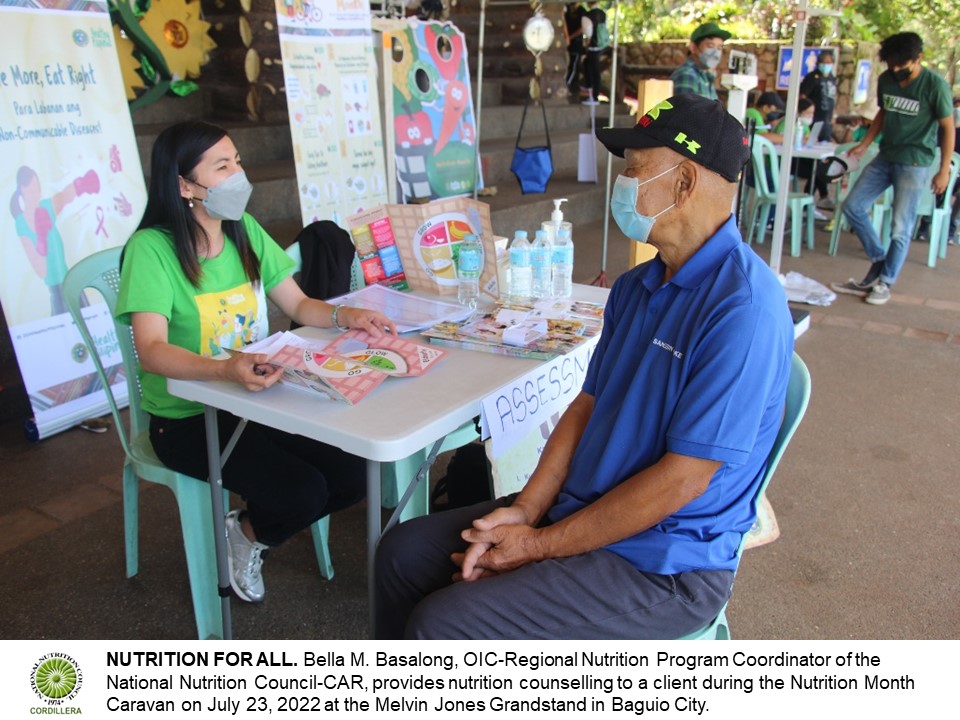 Baguio City – The Regional Nutrition Committee-Cordillera Administrative Region (RNC-CAR) approved the first resolution for 2021 titled “Reiterating RNC resolution no. 7, s. of 2017: Enjoining all local government units and regional line agencies to ensure verification and calibration of weighing scales for health and nutrition services with specific recommendations”. This reiteration of the policy is a result of the policy review conducted by NNC-CAR on the 2017 resolution on calibration from October to December 2020.

Baguio City –  Regional Nutrition Committee-Cordillera Administrative Region (RNC-CAR) geared up for 2021 during the 1st Joint RNC and Regional Technical Assistants on Nutrition (RTAN) virtual meeting held  March 23, 2021. The body firmed up policies and plans of actions amid the COVID pandemic in 2021. 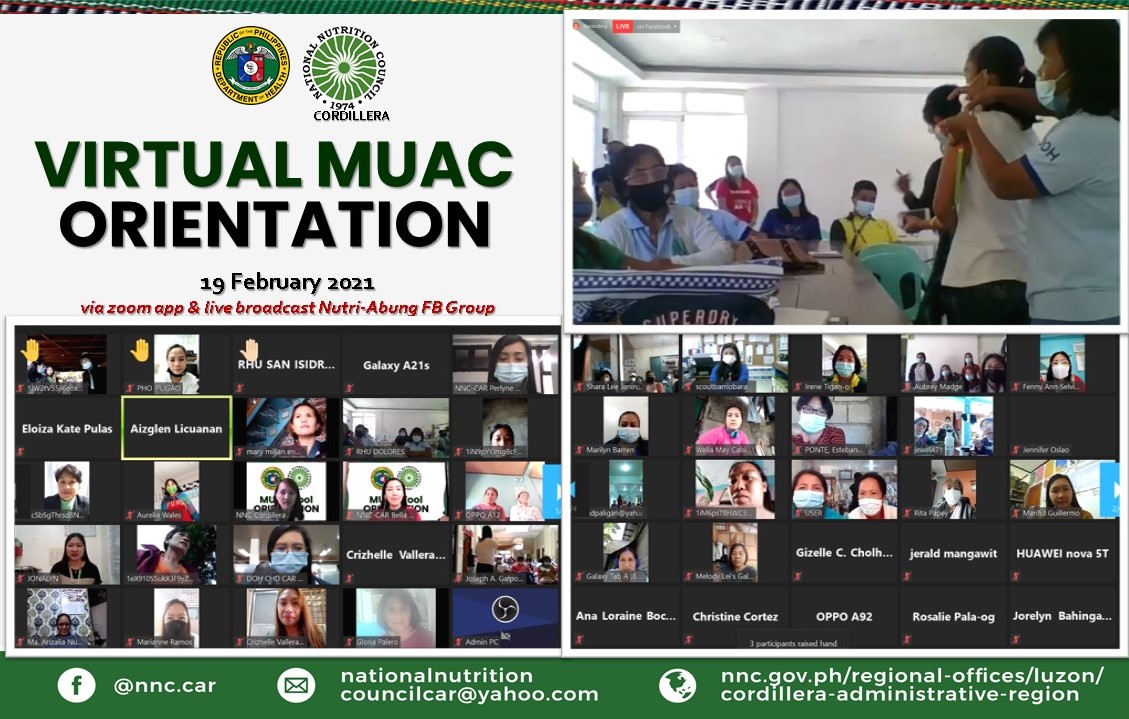 With the continuous provision of essential health services during pandemic as mentioned in the DOH Department Circular No. 2020-0167, the conduct of Operation Timbang Plus, nutrition screening and growth monitoring and promotion activities must continue. However, in highly at risk COVID-19 areas where weight and length/weight measurement are not advisable, Department Memorandum 2020-037 and NNC Memo 10, s. 2020 suggest the use of Mid-Upper Arm Circumference (MUAC). 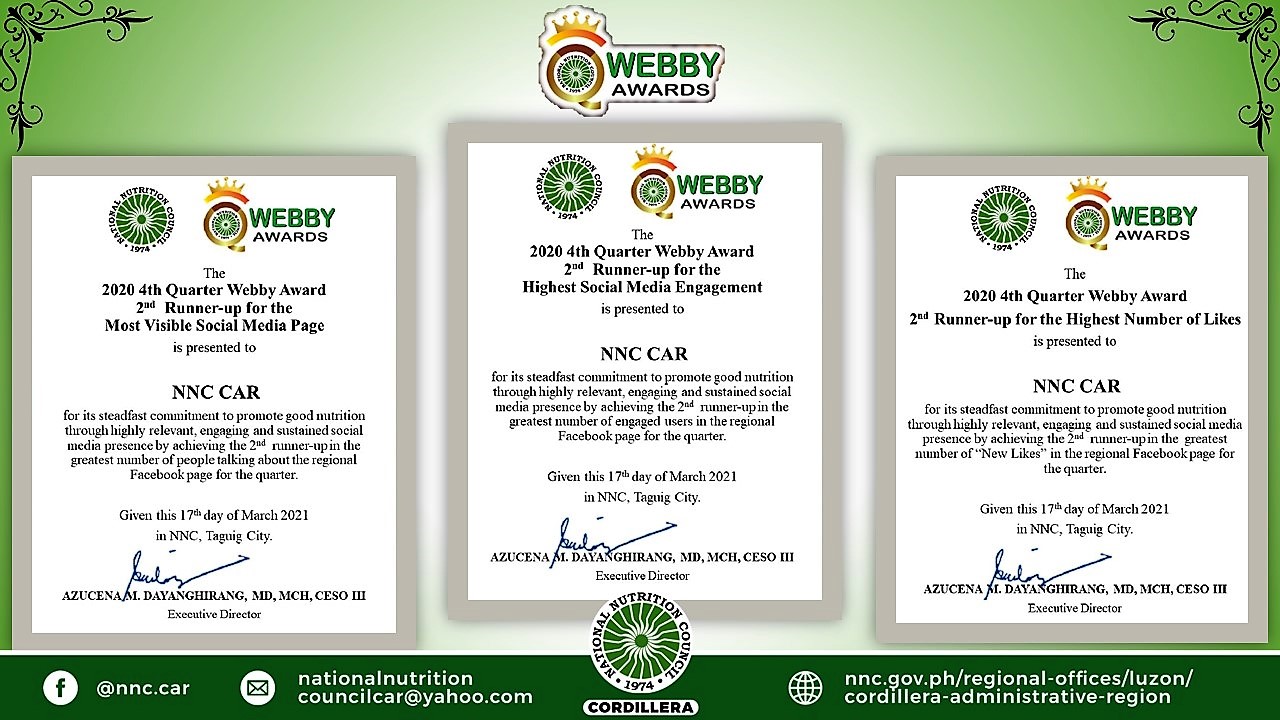 By virtue of Presidential Proclamation No. 1188 on December 11, 2016, Goiter Awareness Week is observed every fourth week of January.

Goiter is a condition that refers to the abnormal enlargement of the thyroid gland. It is the most common effect and manifestation of iodine deficiency. It may also be caused by factors which interfere with the utilization of iodine by the thyroid gland. Early symptoms of goiter would include fatigue, low body temperature, dry skin, shortness of breath and depression.

The effects of iodine deficiency, which could lead to a spectrum of diseases have been termed Iodine Deficiency Disorders (IDD), which include goiter, hypothyroidism, mental deficiency, physical deformities, cretinism and reproductive failures among susceptible individuals, families and communities. 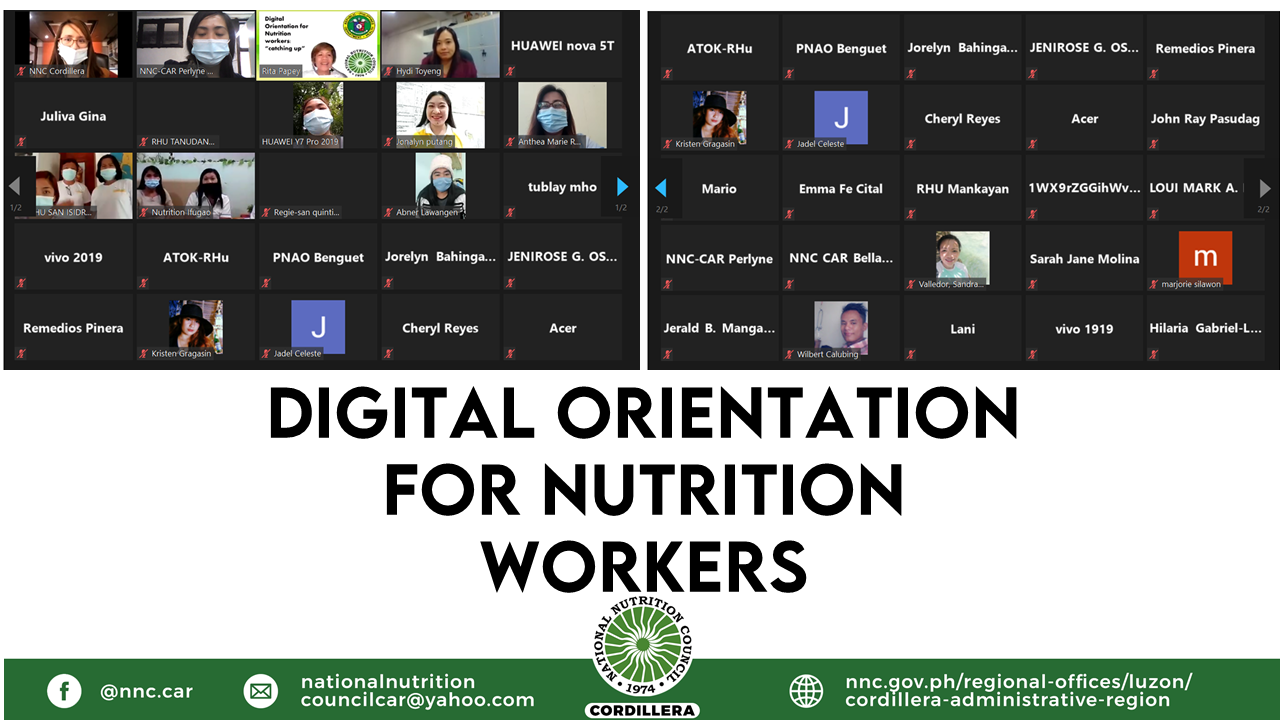 With the growing reliance on the use of technology due to the COVID-19 pandemic, the National Nutrition Council-CAR conducted an online Digital Orientation for Nutrition Workers on February 23, 2021 via Zoom Conference, where a total of 45 participants composed of District/City Nutrition Program Coordinators, Provincial/City/Municipal Nutrition Action Officers, and other representatives from the LGUs in CAR participated.

In support to the LGUs, the NNC-CAR has provided ICT gadgets/supplies such as internet modems, powerbanks, external drives and OTGs that will be used in support to the conduct of nutrition program planning, monitoring and other mobilization activities when face-to-face activities are limited.